Maryland State Police have arrested 18-year-old Marion Maddox of Pocomoke in connection with the death of a Norfolk, Virginia man. 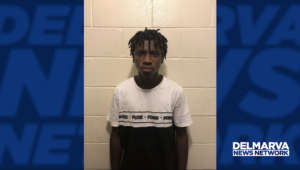 Pocomoke Police received reports of the shooting just before 4 p.m. on Tuesday in the 500 block of Bonneville Avenue in Pocomoke. The victim, identified as 28-year-old Deavon Davis of Norfolk, Virginia was shot multiple times.

Troopers’ investigation found that Maddox allegedly ran toward the victim and fired multiple shots before fleeing into the woods. Maddox was arrested around 2:15 a.m. on Wednesday without incident.

A motive is yet to be determined and the investigation is ongoing.

Polling Place to be Opened on Smith Island→

High School Fall Sports in Maryland to Resume on October 7→